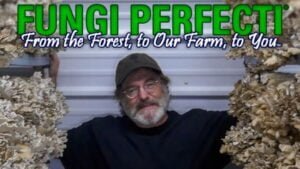 Fungi Perfecti, LLC is a family-owned business dedicated to promoting the cultivation of high quality gourmet and medicinal mushrooms. Having been in business since 1980, we have been instrumental in developing new technologies and markets for gourmet mushrooms throughout the world. Mushrooms are fleshy fungi that reproduce through the sexual matings of germinated spores. Only recently has the cultivation of exotic mushrooms become a practical endeavor. Cultivating mushrooms is not necessarily difficult: it requires only a willingness to learn, a little work, and adherence to some well defined guidelines. Mushrooms can be grown throughout the year indoors or during a few months outdoors. One of the most exciting innovations in mushroom culture is a concept Fungi Perfecti has been instrumental in promoting: Mycological Landscaping. Mycological landscaping involves the cultivation of exotic mushrooms as beneficial companions to plants in gardens, lawns, or within woodlands. Fungi Perfecti has been actively searching the wild for candidates having strong potential for culinary value. Each year we clone dozens of species having gourmet appeal and test them at our research facility—indoors and outdoors. Imagine having a selection of choice exotic mushroom patches, protected in the privacy of your backyard, to be enjoyed through the seasons and perhaps through generations! For everyone seriously contemplating mushroom cultivation as a business, we urge you to learn the sterile culture skills necessary for spawn production. You will be glad you did. Central texts in helping the aspiring spawn maker to achieve these skills are Growing Gourmet & Medicinal Mushrooms and The Mushroom Cultivator, treatises we highly recommend. We keenly sense that fungi will play a pivotal role in new industries of the 21st Century. Gourmet and medicinal mushrooms will continue to appeal to organic gardeners, commercial cultivators, researchers, nutritionists, and ecological managers. We forsee a quantum leap in their popularity when the public realizes that these fungi can help: -support the immune system. -represent a pesticide-free alternative to the traditional white button mushroom. -are instrumental in the recycling of wood and agricultural byproducts. -can easily be grown by everyone—outdoors in your garden or yard (Mycological Landscaping)—or indoors within greenhouses, solaria, or controlled environments. Through our in-depth classes and information networks, we encourage the establishment of a constellation of independent, organically minded growers whose collective consciousness will define this emerging industry well into the next century. We hope you will join us in this endeavor. The future is ours. 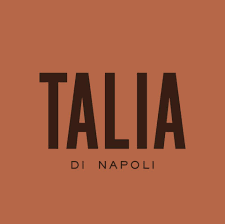